MUMBAI, India--(뉴스와이어) 2021년 01월 12일 -- upGrad, India's largest online higher education company, has signalled its commitment to growing its presence across Asia-Pacific, with the appointment of Zubin Gandevia as CEO for the region.

A respected entertainment industry leader, Zubin most recently served as President, Asia Pacific and Middle East, at FOX Networks Group Asia (part of the Walt Disney Co.). In this role, he led FOX to become Asia’s number one Pay TV network, bringing leading media brands to consumers in over 30 countries. In a rapidly changing entertainment sector, Zubin’s ability to anticipate consumer demand, champion digital innovation and build strategic partnerships, resulted in impressive market share growth for FOX. He is credited with FOX’s first-mover advantage in the region, and was responsible for the launch of high-definition (HD), on-demand entertainment and the direct-to-consumer FOX+ App since superseded by Disney+.

Prior to this, Zubin was Chief Operating Officer Asia Pacific & Middle East at FOX, orchestrating its key merger with Star, and the acquisition of ESPN Star Sports. Zubin had joined FOX from Star TV Network, where he created and scaled the National Geographic Channel. Before that, and while at university, Zubin’s natural entrepreneurial spirit saw him co-found one of India’s first cable networks that went on to become Hathway, India’s largest cable service provider.

On welcoming Zubin to his new role, Ronnie Screwvala, Co-Founder & Chairman, upGrad, said, "Zubin brings an enviable track record of starting and scaling successful businesses and I’m excited for the potential we can unlock with his leadership. Having built a proven and trusted edtech brand in India, we are now poised for growth with plans to scale our offering to support more people in building their future careers, and Zubin is very well-placed to help us achieve this. He brings a lifetime of commercial wisdom and is a proven change-maker with a passion for LifeLongLearning, which aligns squarely with upGrad’s values. His background in forging strategic partnerships and his keen interest in digital content delivery will be key accelerants for our expansion in Asia. I look forward to working with him to realise our vision of reaching a billion people through upGrad.”

Seeking to address the employment and upskilling challenges faced by many economies in the region, Zubin will lead upGrad’s expansion plans across APAC. Through partnerships with governments, universities and businesses, upGrad will launch localised online courses to boost the career prospects of thousands as countries look to pivot towards new digital and Industry 4.0 skills in response to the rising unemployment.

“By 2025, WEF predicts that around 85 million people will lose their jobs. Whilst, over the same period, 97 million new jobs will be created, which will require very different skills. Without the ability to reskill people quickly, and at scale, millions will potentially be displaced from work. It will require new technology and a fresh approach to partnerships between the government, industry and academia, if we are to meet this challenge head-on and in doing so, truly change the lives of millions for the better,” said Zubin Gandevia, Chief Executive Officer, upGrad - APAC.

“I’m excited to be part of this transformation, helping to benefit individuals and societies by making it easier to continue to learn new skills throughout our working lives. What particularly attracted me to upGrad was the company’s entrepreneurial approach and obsessive devotion to making the learner experience creative, connected, interactive and immersive - just like in the world of entertainment,” added Zubin.

Zubin Gandevia starts his new role from January, 2021 and will be based out of Hong Kong. 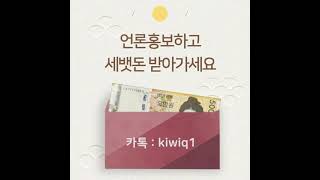 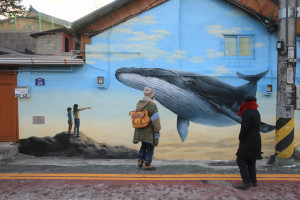