Following the launch of the hotly anticipated Rosewood Hong Kong in the art and design district Victoria Dockside, entrepreneur Adrian Cheng will unveil K11 ARTUS in the third quarter of this year, marking his fledging K11 group’s first luxury residence for rental, one with a social agenda to preserve fast-disappearing traditional craftsmanship. In the communal spaces is where the artisanal-living concept is truly apparent, filled as they are with pieces that have been produced in collaboration with K11 Craft & Guild Foundation, the latest of Cheng’s cultural initiatives, which seeks to protect craftsmanship techniques from the Ming and Qing dynasties. Rare Chinese artisanal objects created exclusively for K11 ARTUS are on display and available for sale with the proceeds going back to the charity to support Chinese craftsmen, from wooden furniture made using the age-old baibaoqian technique of inlaying engraved objects with precious stones, to porcelains with guangcai, vibrant hand-painted porcelain that combines elements of east and west. K11 ARTUS will also host year-round salons featuring leading cultural figures, adding an unexpected intellectual component to the facilities, while an experiential space will be carved out to showcase the best of Chinese craft heritage. From an architecture perspective, the bulk of the 287 short- and long-stay residences have been designed by Andre Fu, with a jaw-dropping harbour view from its sinuous balconies. There are also three penthouses created by Joyce Wang, Fiona Barratt and nemaworkshop.

Though it is the 23rd member of the Soho House family, Soho House Mumbai, which opened earlier this year, is already a firm favourite of members and Mumbai’s glitterati alike. Colourful as the city in which it is situated, the hybrid member’s club/hotel is decorated in a riot of patterns and fabrics, with many of the furnishings and objects sourced from craftspeople discovered during the Soho House design team’s journeys through New Delhi, Jaipur and, of course, Mumbai. Custom commissions include cane seating, block-printed curtains and stunning lampshades made from vintage saris that become the focal point of each room. In a screening room, armchairs utilise mohair, while hand-printed fabrics from Rajasthan aid in sound-proofing. Of course, you can expect everything else you’d find in the typical Soho House, whether it’s a branch of Cecconi’s or the impressive art collection, which features pieces by the likes of Bharti Kher and Subodh Gupta.

A boutique hotel property in Chiang Mai, Raya Heritage takes its design cues from the 13th century Lanna kingdom, with artisanal furnishings that range from teak mirrors and ceramic tiles to fabrics sourced from local weaving co-ops and dyed with pigments made from indigenous trees. With fabrics and furniture conceived by the one and only Bill Bensley, the suites-only property itself is the brainchild of Bangkok architect Boonlert Hemvijitraphan, and features just 38 rooms, which overlook the Ping River. While the facilities are state of the art, both the structure and the finishing touches feature handcrafted elements - the signature restaurant, for example, is named Khu Khao, after the threshing baskets once used by northern Thai rice farmers, and these handwoven baskets are incorporated into the venue’s decor as chandeliers. In the rooms, baskets, wood carvings and pottery are made by artisans from surrounding local villages.

The Conduit may be a members’ club, but it’s one with a purpose beyond hobnobbing with like-minded and equally affluent and connected individuals - it hopes to raise social consciousness and allow its members to participate actively in philanthropy and responsible living (founding members, after all, include Christiane Amanpour and Amnesty International’s Salil Shetty). Its design ethos is an interesting one, subscribing to a Scandinavian aesthetic but incorporating African artisanal crafts, under the deft hands of Russell Sage Studio and Cavendish Studio, and no doubt with the guidance of co-founder Paul Van Zyl, a human-rights lawyer whose entrepreneurial efforts include the artisan-designed luxury clothier Maiyet. With The Conduit’s conscious agenda in mind, all the furniture and objects were sourced from NGOs and craft collectives in Africa that create wares as a means of social upliftment, from angora tapestries woven by a Swazi women’s group to ceramics that hail from Mamelodi in Pretoria, South Africa.

This restoration project-cum-guesthouse certainly isn’t for the luxury set, and it’s got hardly any gratuitous furnishings to speak of, but its construction certainly prizes practical, transferable artisanal skills. Springing Stream is situated in a poverty-stricken Chi Xi, and was a showcase project by Beijing firm WEI Architects, which refurbished a derelict house, transforming it into a bed and breakfast as an example of how villages can use revitalised properties as an income source. Local materials and local builders were engaged to use primitive traditional construction methods to erect the structure, employing techniques such as mortise-and-tenon wood structures and utilising special transformational window-door framing, with much of the original discarded building reclaimed for use in the new project. The result is a curvaceous and architecturally breathtaking home for guests that is entirely replicable in other villages.

Hong Kong-based writer and editor Christina has covered the luxury scene for over a decade. She writes on topics ranging from beauty and wellness to arts and culture. Formerly the editorial director of Prestige Hong Kong, she now contributes to various publications including Hong Kong Tatler, SCMP, Discovery and Silverkris, as well as working with clients such as Louis Vuitton, Dior, Estee Lauder and Lane Crawford. 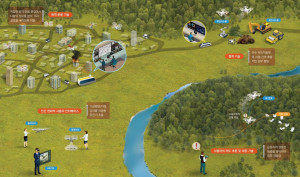